Chief Keef has done a good job keeping himself out of trouble.

Sadly, one of his rappers hasn't.

Memphis rapper YNC Capo, who's on Sosa's Glo Gang label, was shot and killed during a carjacking in his hometown. 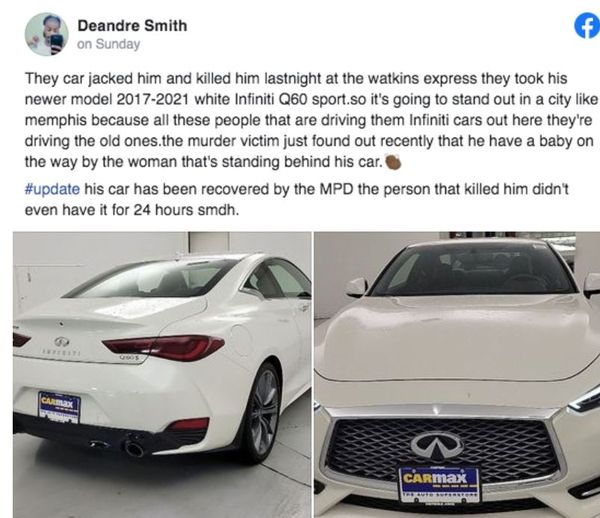 “They car jacked him and killed him last night at the Watkins Express,” the post reads. “They took his new model 2017-2021 white Infiniti Q60 sport. so it’s doing to stand out in a city like Memphis because all these people that are driving them Infiniti cars out there they’re driving the old ones. the murder victim just found out recently that he have a bacy on the way," his family member typed.