The premise for the film seems to be that the ladies of Chicago are withholding sex from the fellas until the city's famous violent crime rate goes down.

As you can see, the film presents as a comedy, with all sorts of "you go girl" type finger snapping. From the first look it's a little ... goofy.

We weren't the only folks to notice that. Quite a few Chiraq rappers have weighed on in New Yorker Lee's portrayal of their city.

Damn Spikey..... Chiraq isn't defined enough on that movie! It should be showing what's really going on. 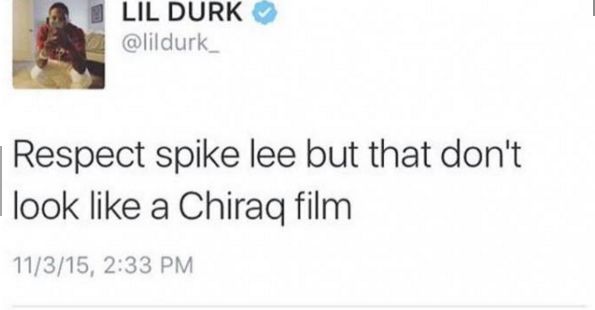 What do you think? Or should we be holding our judgement until the movie, which drops on December 4th?