By insulting Chicago and his opps, NBA YoungBoy did a good job injecting himself in the news in the run-up to the drop of his commercial mixtape Colors.

Although it's unclear that translated to any streams.

Colors is set for a 69K opening week.

In other chart news, Gunna's DS4Ever is set to beat The Weeknd's Dawn FM for a third street week, 71.5K to 47K.

However, it won't be number one.  That's going to go to Disney's Encanto soundtrack which is headed for 115K. 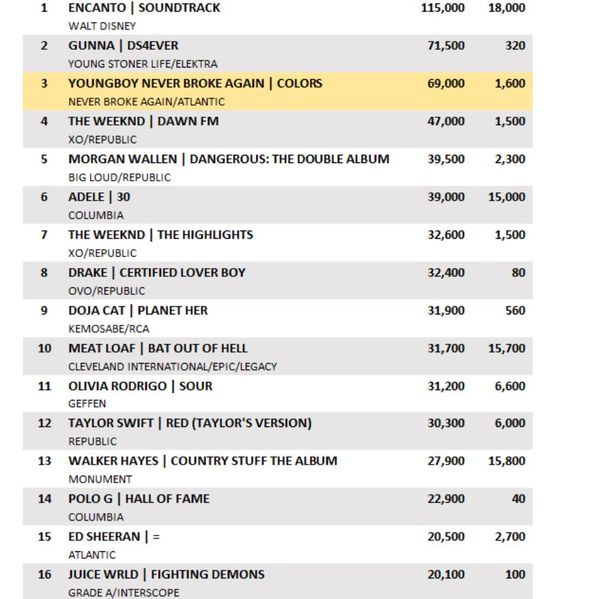