We already knew that Kid Cudi's Man On The Moon 3 was set for possibly the biggest opening week of Cudi's career, in what could be described as surprising.

The much-hyped upstart is set to do 52K in his first week, despite some pretty successful singles.

Here's how the week is shaping up. 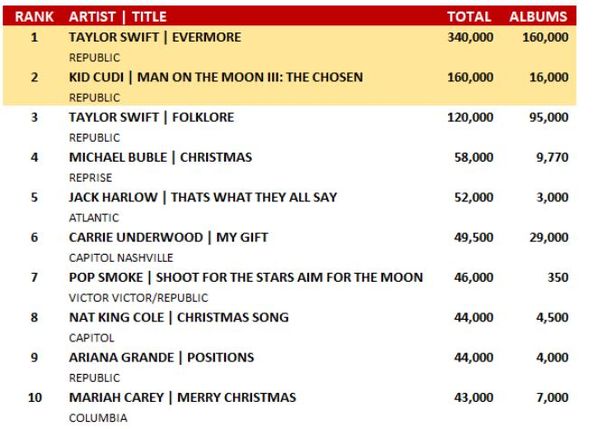 Do you think Harlow is here to stay?