Check The Best Selling Albums Of The year

Drake's Scorpion is the best selling album to date this year. 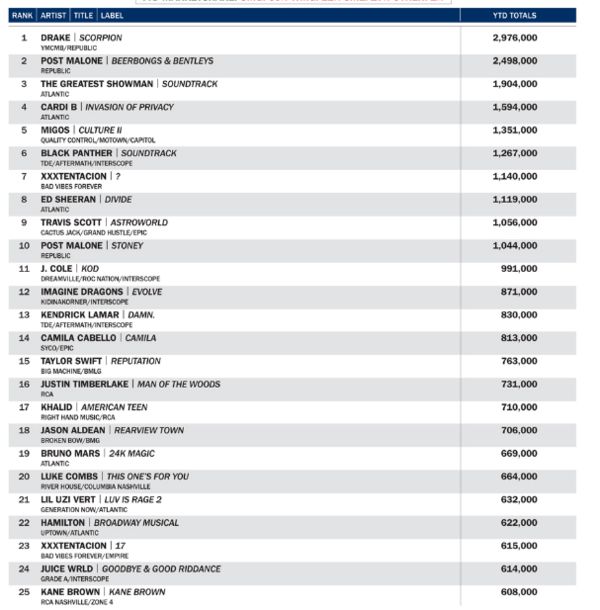 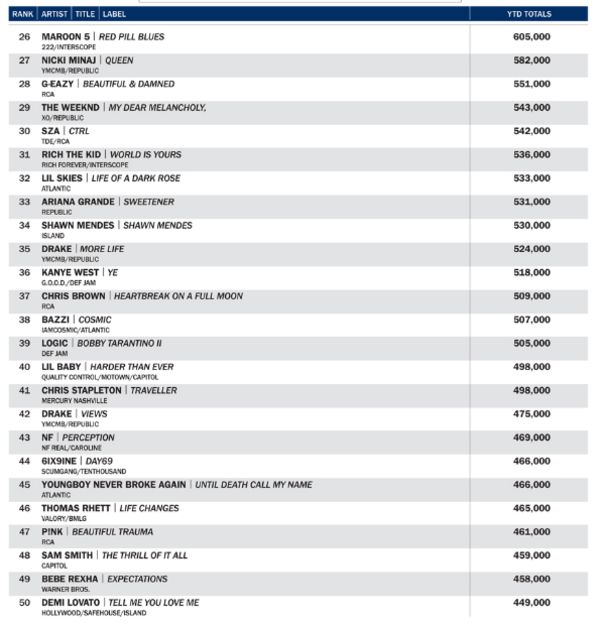 T.I. Denies Dissing Peed Upon Drake, Who He Called By Name, In "Wanna Know" 3 days ago / News Charts