Charlmagne became part of the Tory Lanez pile on when he gave Tory Donkey of the Day for alleging shooting Megan Thee Stallion in the feet.

That case against Tory become even more aggressive when Lanez tried to capitalize off of the situation by surprise dropping the album DayStar under the guise he was finally going to address the situation on Instagram Live.

However, CTG is bucking the anti-Tory trend a bit by somewhat backing away from condemning him.  On Brilliant Idiots, he discussed both where he may have gone too far and why the movement against Tory isn't a smear campaign. [Jump to 1:25.]

"There were certain websites that said they'd never cover Tory again. Tory brought that on himself 'cause Tory put out an album talking about the situation," Charlamagne explained on Brilliant Idiots. "These people didn't take that stand before that ... That's not a smear campaign. They're upset with you because they feel you're capitalizing off a situation. That you're profiting off violence towards women."

While CTG conceded he has no reason to believe Meg is lying, he added maybe we all shouldn't just be taking her word.

"Once again Tory, nobody cares about the truth when the lie is more entertaining," Charlamagne explained. "So yes, peoople should be using terms such as allegedly ...It's clearly more to the situation that we know. That's all I know ... I gave Tory 'Donkey Of The Day' but maybe I shouldn't have done that. I don't know the whole story. I'm going off what Megan said, though, like everybody else. I don't see why Megan would have to lie." 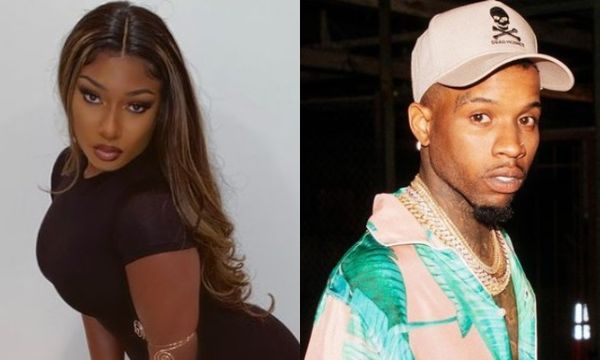