Charlamagne Has Strong Opinions On J. Cole, Too

Charlamagne has declared the era of Drake over.  In fact, CTG says Kendrick Lamar has been running the game for a few years now but because of the shift from radio to streaming we don't even realize it.

He also has some strong opinions about J. Cole, who he doesn't think is on Kendrick or even Drake's level. [Jump to 24 minutes.]

"Big Sean just happens to be in an era where some would say the greatest of all-time is, right? Like, you would have to put Drake and Kendrick n the greatest of all-time combo, right? When you play in that era, when you come out in that class with GOATs of that caliber, and even Cole. Cole got rings.  But-- I don't put him on the level of Drake and Kendrick. I don't even put Drake on the level of Kendrick. Not skill-wise. Cole is dope. Cole is amazing. I'm not taking anything away from him, he's a Hall of Fame all-star. All I'm simply saying is it's a difference between what a Kendrick does and what everybody else does to me. But guess what? Some people may say that about Drake, some people may have Drake the way I have Kendrick and say everybody else is after him, but my point with saying that is those two guys are such GOATs that they make everybody else look almost normal. You know what I mean? Charles Barkley looks normal to a Michael Jordan." 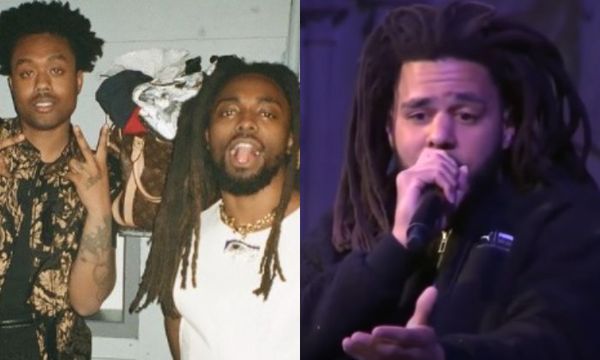