If you Google "Chad Ochocinco" and "net worth" the first results are articles stating the former NFL star is worth $5 million, despite making about $50 million playing football. 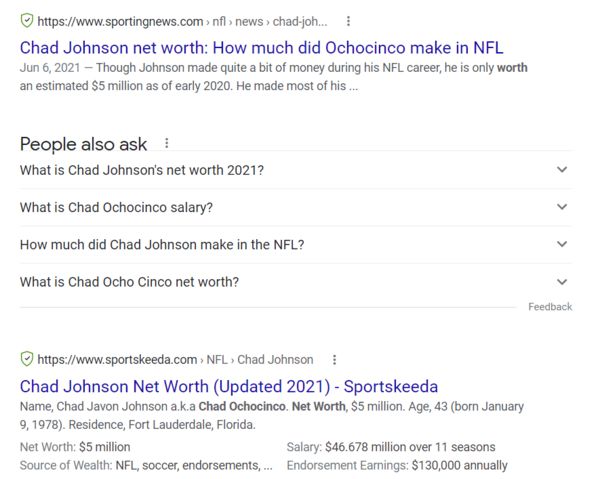 During a recent media appearance, Chad pushed back on that, showing his interviewers his bank account, which has $15,000,000 in it.

"I have a question.  Can someone explain to me where the networth comes from," Chad said after revealing his huge bank account.

The hosts explained who it's calculated.