Cars Outside Of Rick Ross's Studio Were Shot Up This Morning

Rick Ross finds himself in the middle of another violent situation.

Early this morning three luxury cars -- a late-model Corvette, a $150,000 Mercedes CL63 and an Infiniti G35 -- were riddled with bullets as they were parked outside of Twelve Studios in Atlanta, Georgia.

Rick Ross is associated with the studio complex and keeps his offices there.

The 39-year old, who had just made bail on charges he kidnapped and pistol whipped a landscaper, wasn't in the studio when the shooting took place.

In addition to ruining the cars, the gunfire shattered some of the studio's exterior glass. Nobody was injured in the 4 AM incident. 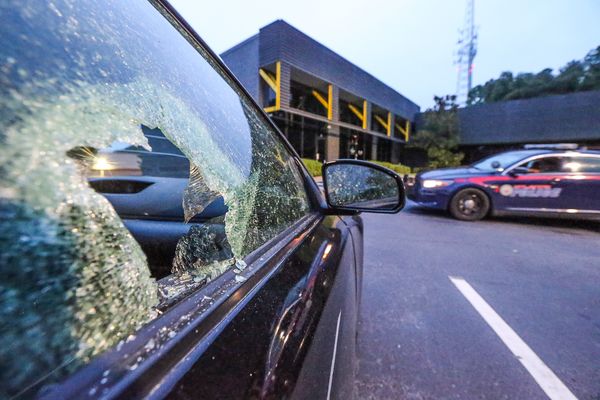 So he and his bodyguard Nadrian James took the workers to a guest house on the property. It was there it is claimed that Ross pistol whipped one of the detainees so badly his teeth were chipped and he was "restricted to soft foods and liquid diet."

A trial date hasn't been set.