Cardi B Clarifies Her Blood Affiliation In Quickly Deleted Tweet

Today was day three of the great Tekashi 6ix9ine snitch of 2019.

During his testimony, he allegedly outed Cardi B as a member of the Nine Treys.

Soon after, her record label issued a very specific correction, denying Cardi was ever "a member of the Nine Trey Gangsta Bloods".

Key words being "Nine Trey Gangsta", as it's long been fairly well-known that Bardi's Blood affiliated.

Cardi clarified what kind of Blood she was in a quickly deleted tweet.

“Brim not 9 Trey. I never been 9 trey or associated with them," she typed.

Backing Cardi up, the full transcript reveals that 6ix9ine never specified what kind of Blood she was. The New York Post, which initially broke the story, just assumed he meant she was Nine Trey like he had been. 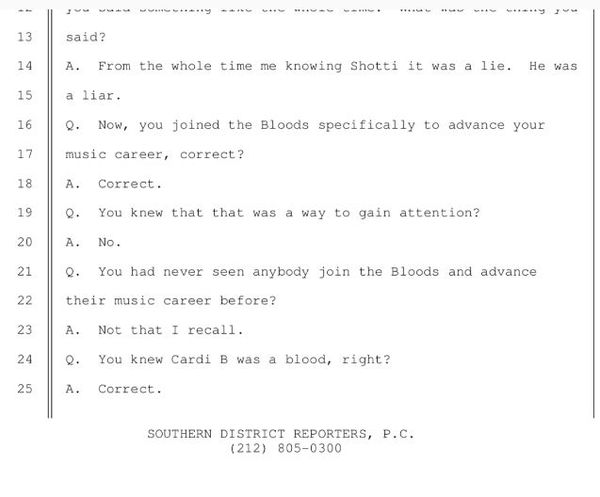 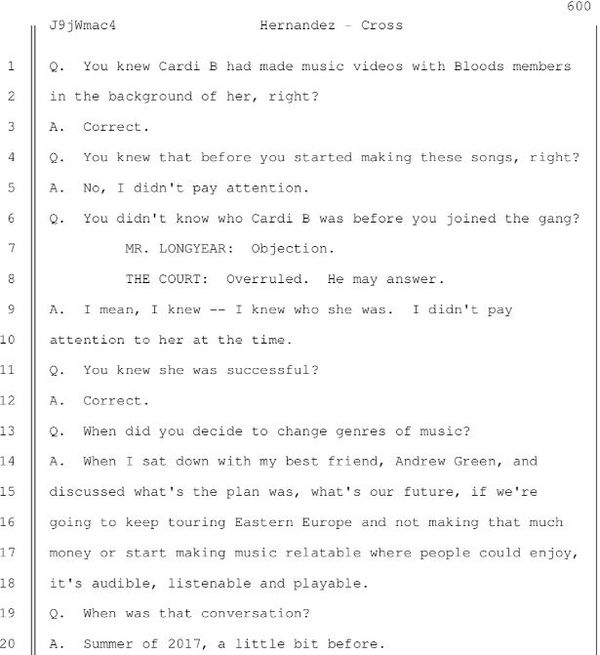 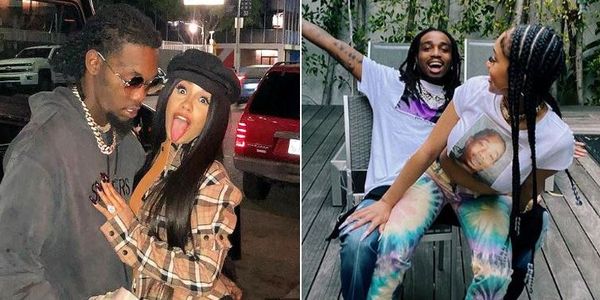 Did Quavo Drag Cardi B While Complimenting His Girl Saweetie? a day ago / Rumors Beef