Cardi B is Getting Sued For Beating Up Female Security Guard

With the arrest of 18 5-9 Brims, including her best friend Star Brim, hanging over her head, the last thing Cardi B needs is more legal drama.

But that's what she has.

Emani Ellis, who used to work security at a Beverly Hills medical complex, is suing Cardi, claiming she maliciously struck her in the head, face and body while Ellis was on the job on February 24, 2018. Ellis, who's black, also alleges Cardi used racial slurs against her, spit on her, and then used her celebrity status to get Ellis fired from her job as a security guard.

Cardi's team and the medical complex tell a different story.  They say Cardi's doctor and the patient coordinator fired the guard because she violated Cardi's privacy. Cardi was four months pregnant with Kulture at the time, although that information was not public knowledge.

TMZ is reporting that witnesses observed Ellis taking a photo or video of Cardi as she left her doctor's office.  That led to an argument between Ellis and the rapper, who didn't have security with her. The witnesses say the argument never got physical and they heard no slurs.

Ellis is suing for assault, battery and infliction of emotional distress. 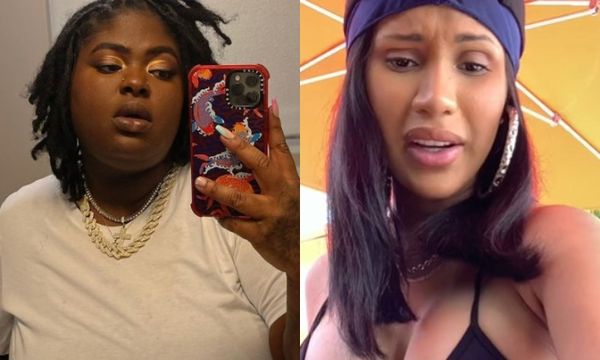 Chika Says She's Retiring Because Of Online Harassment, Cardi B Begs Her Not To 5 days ago / News Legal