Tonight, Bobby Shmurda will do his first show since he finished up his six-plus year bid.  The Brooklyn spitter will appear at the Compound in Atlanta as part of a pared-down NBA All-Star weekend. 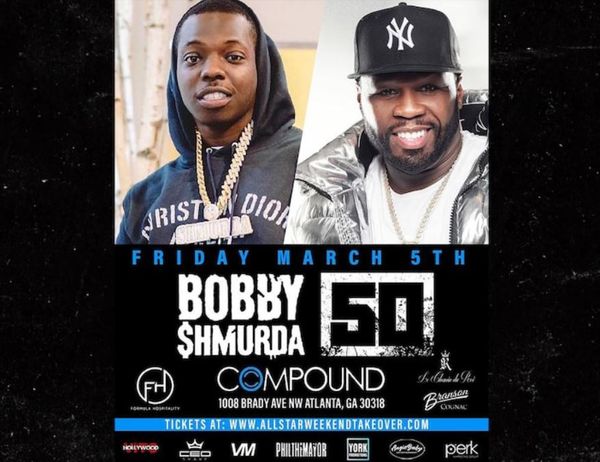 Shmurda will also do a few smaller shows in the ATL this weekend and is expected to pull down about 300K in total.

Those who can't get a ticket to see Bobby in Atlanta can settle for his GS9 bro Rowdy Rebel, who will get $59k for his show at Halo Lounge.