Add Blueface to the list of rappers with Baby Mama drama.

While Future's BM kept it on social media, and Tekashi 6ix9ine's opted for an ill-fated publicity photo with another rapper, Blue's BM Jaidyn Alexis has attacked his LA area home with a pooper scooper, of all things.

"Baby mama drama, on Crip," Blue commented as he filmed the attack. "Damn, I got some good d*ck."

In addition to breaking one of his windows. Jaidyn accused Blue of analingus. 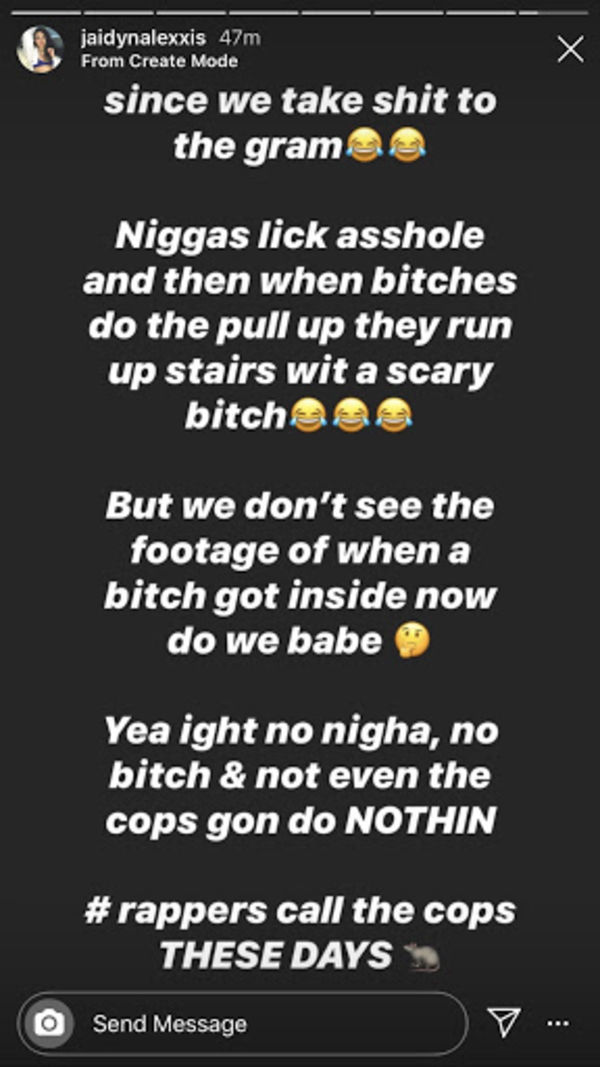 "Since we take sh*t to the gram. N*ggas lick assh*le and then when b*tches do the pull up they run up stairs wit a scary b*tch. But we don’t see the footage of when a b*tch got inside now do we babe. Yea ight no nigha, no b*tc & not even the cops gon do NOTHIN. # rappers call the cops THESE DAYS."

More on these two: