The Lil Nas X featuring Billy Ray Cyrus remix of "Old Town Road" has been number one for 18 straight weeks, the most in Hot 100 history.

It's safe to say it wouldn't have lasted that long if not for the verse Billy Ray added.

In an interview with Taste of Country, Billy Ray explained that his original lyrics for the smash hit were bit different than the bars that made the record.

According to Billy Ray, Jozzy, his female co-writer, fixed a line about weed, which the studio said was a no-no.

"I had on a ball cap it was down low, and she said, ‘Well, hat down and you drove across town.’ She said, ‘You looked like a rockstar,’ so I’m just looking for rhyme words, and I was sitting there holding my guitar, just like so," he revealed. "For some reason, I immediately thought it was funny to say, ‘Baby’s got a habit: diamond rings and marijuana.’ They said, ‘Everything but the marijuana.’ And [Jozzy] said, ‘How about Fendi sports bra?’ I thought, ‘Well, it’s probably good because I don’t know what that is.’"

Billy Ray also said it only took him and Jozzy ten minutes to write the verse.

We were always a little baffled that Billy Ray was rapping about Fendi sports bras. Now we know why. 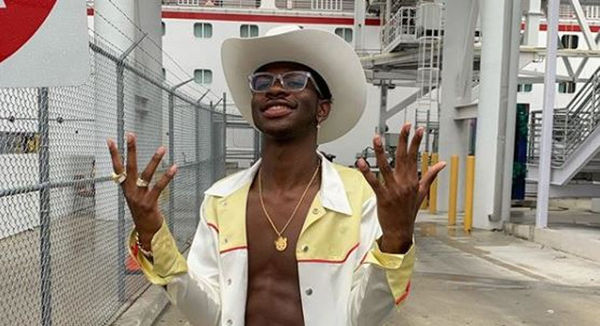