The track, which is a departure from the rapper's usually sound, went viral on TikTok a few months back. Nas X labeled the track "country" on iTunes and it eventually claimed to 19 on Billboard's country chart.

Then Billboard removed the track from the country chart.

"Upon further review, it was determined that ‘Old Town Road’ by Lil Nas X does not currently merit inclusion on Billboard‘s country charts. When determining genres, a few factors are examined, but first and foremost is musical composition. While ‘Old Town Road’ incorporates references to country and cowboy imagery, it does not embrace enough elements of today’s country music to chart in its current version."

When asked by Genius about the decision, Billboard insisted it nothing to do with what Nas X looks like.

“Billboard’s decision to take the song off of the country chart had absolutely nothing to do with the race of the artist," a spokesman said.

Check out the Dead Red Redemption-styled music video for "Old Town Road" below and let us know if you think it's country or a goof on the genre.

just because old town road has funny lines doesn’t mean it’s parody. it has a theme. anybody with ears can tell i put some kind of effort into that song.

bro thank u for being one of the only artists to speak on this publicly. shit means so much to me. https://t.co/VwkPBMZGyv 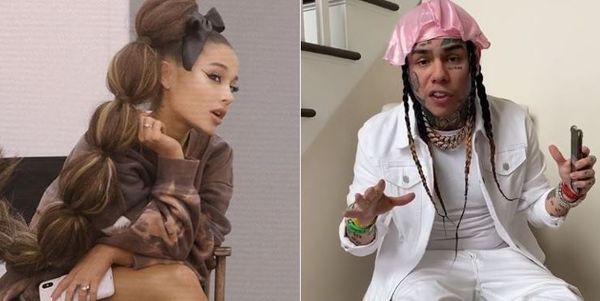 It Looks Like Tekashi 6ix9ine, Not Ariana Grande, Was The Chart Cheater 5 days ago / Charts