Battle Rapper Pat Stay, Who Dissed The Game Over Eminem, Killed In Canada

Sad news coming out of the battle rap scene...

Canadian battle rapper Pat Stay is dead at the age of 36.

According to local news, Pat was fatally stabbed following a night out in Halifax, and police are still looking for suspects.

At around 12:30 AM Sunday morning, Police were called about someone armed with a weapon, and when they arrived on the scene, they found a man suffering from stab wounds.

Pat was rushed to hospital but unfortunately died from his injuries.

Pat's murder comes days after he came after The Game for Game's Eminem diss 'Black Slim Shady'.   The Game had blocked Stay for his aggression. 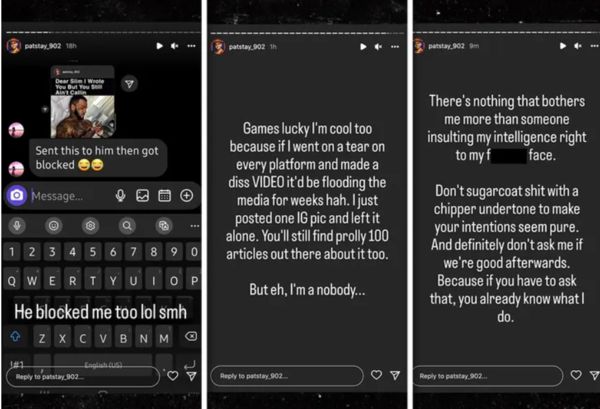 The victim was taken to hospital, but was later pro… https://t.co/FlE3FxTg2N pic.twitter.com/OMToojfB8i

DaBaby Gets Beat Down For Promo 4 days ago / News