Initial reports, influenced by CEO's brother's insistence his little bro "wasn’t shot or killed by anyone," suggested CEO died because of drugs, like his mentor Fredo Santana had done three years ago to the day.

However, CEO's manager wants everyone to know he was shot and killed. 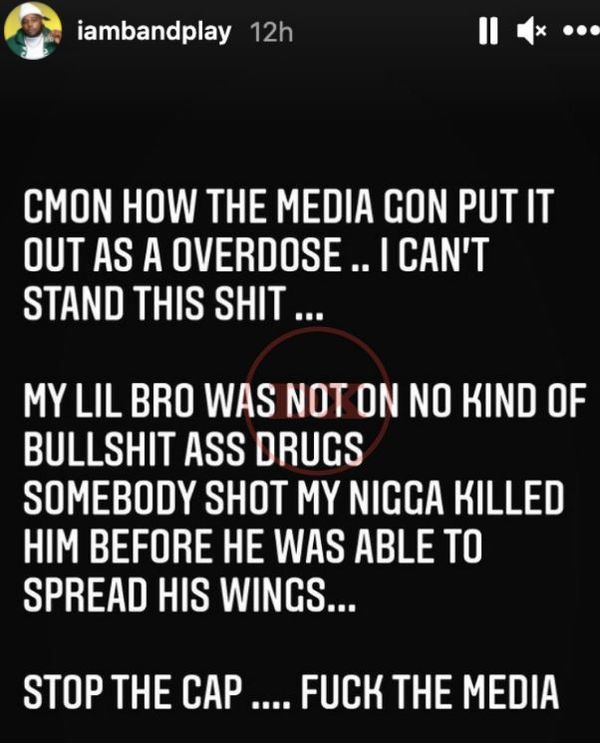 Memphis TV station WMC5 has confirmed that Baby CEO was shot and killed.

CEO gained notoriety at age 14 for his videos in which he flashed guns and rapped about selling drugs.

Update: It looks like CEO's older brother has changed his tune: