Azealia Banks had a lot of people disgusted and confused when images surfaced that showed the rapper digging up her dead cat, then boiling it.

She's since responded to the backlash on Instagram Live and equates it with racism. 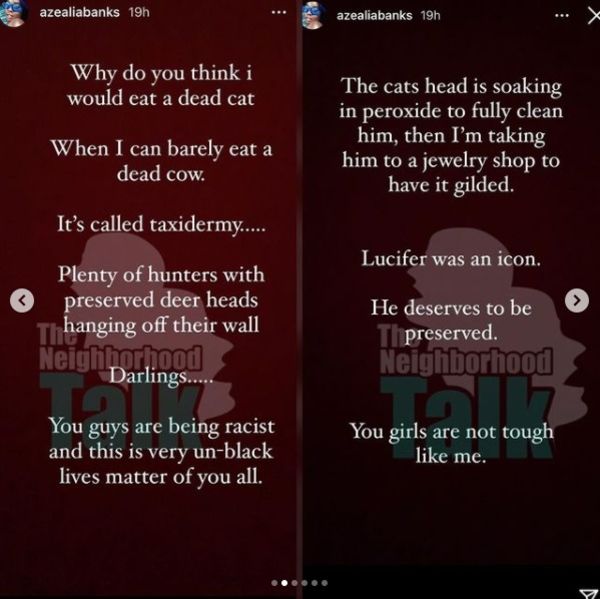 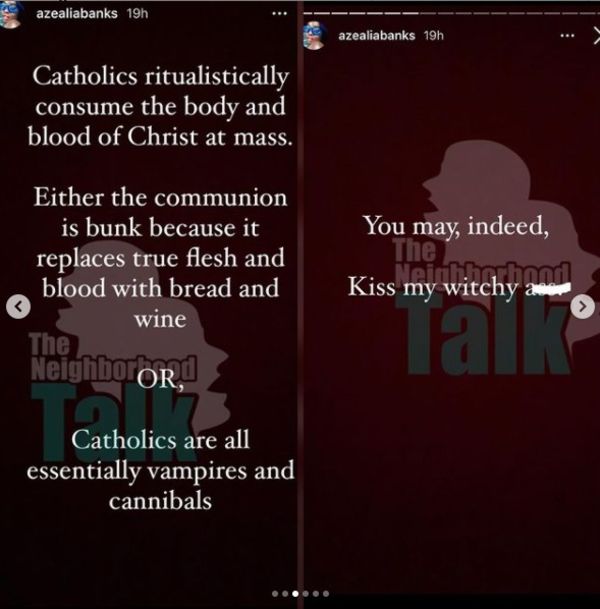 “Why do you think I would eat a dead cat when I can barely eat a dead cow? It’s called taxidermy. Plenty of hunters with preserved deer heads hanging off their wall. Darlings… you guys are being racist and this is very un-black lives matter of you all ... The cat’s head is soaking in peroxide to fully clean him, then I’m taking him to a jewelry shop to have it gilded. Lucifer was an icon. He deserves to be preserved. You girls are not tough like me," wrote Banks in part.

She also responded to backlash for fat-shaming Doja Cat earlier this week. 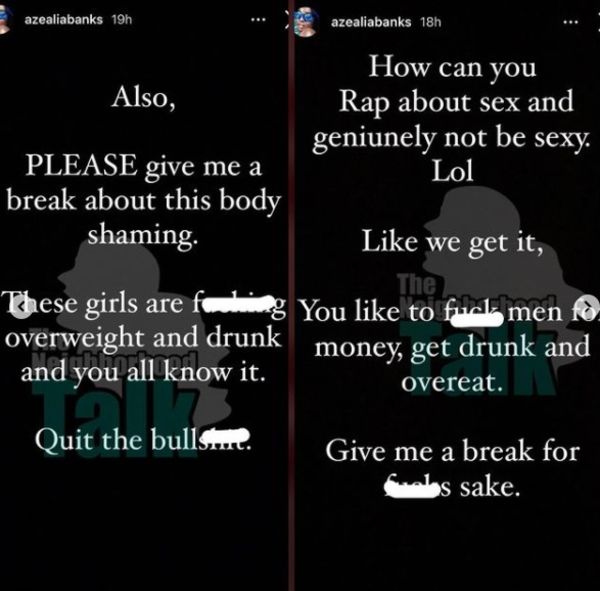 "Also, please give me a break about his body shaming," wrote Banks. "These girls are f*cking overweight and drunk and you all know it. Quit the bullsh*t. How can you rap about sex and geniunely not be sexy. Lol. Like we get it. You like to f*ck men for money, get drunk and overeat. Give me a break for f*cks sake."

Fat Joe Has To Remind His Kids That He's Doesn't Have Money Like Dr. Dre Jay-Z &, Diddy 5 days ago / News