Azealia Banks had a very tough time during the taping of Nick Cannon's MTV battle rap show Wild 'N Out.

According to Banks, she was hit with a barrage of colorist jokes which left her in tears. Initially, she responded to the insults by calling those responsible "post-Jim crow, post-traumatic slave disorder true self-esteem less, Ward of the state CLOWNS."

But, on second thought, Banks is now pinning the blame on the Latino community. In a new social media message, she says she was set up by two Hispanic female MTV executives who were mad that Banks had insulted their fellow Latina Cardi B in the past. (Azealia has accused Cardi of exchanging sex for raps and other unsavory things.)

#AzealiaBanks says it was a set up (swipe)

"I'm realizing I got set up. The two senior MTV executives were Latina. They had a vengeance with me over the cardi b shit. That's why I was intentionally told I didn't have to prepare and they sprung it on me on the day," Cardi typed.

It's long been clear that Banks is both nuts and a troll. But do you think she's more of a troll than a nutter or vice verse?

50 Cent Mocks T.I. For Challenging Him; T.I. Says He'd Rather Die Than Live In Fear a week ago / Beef Beef

T.I. Goes Nuts On People Calling Him A Snitch After Crimestoppers Video Re-Circulates a week ago / Beef Beef 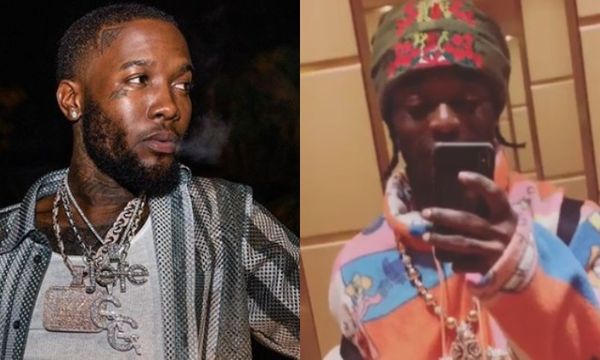