Update: Musk says "he has never even met [Banks] or communicated with her in any way."

It's easy to forget, but Azealia Banks is a rapper.

She's allegedly working on an album, which is supposed to have a feature from indie artist Grimes.

Grimes is the girlfriend of Tesla founder and sorta real-life Iron Man Elon Musk. Apparently, Banks has been camping out at Musk's house for the last few days, waiting to get a chance to work with Grimes. 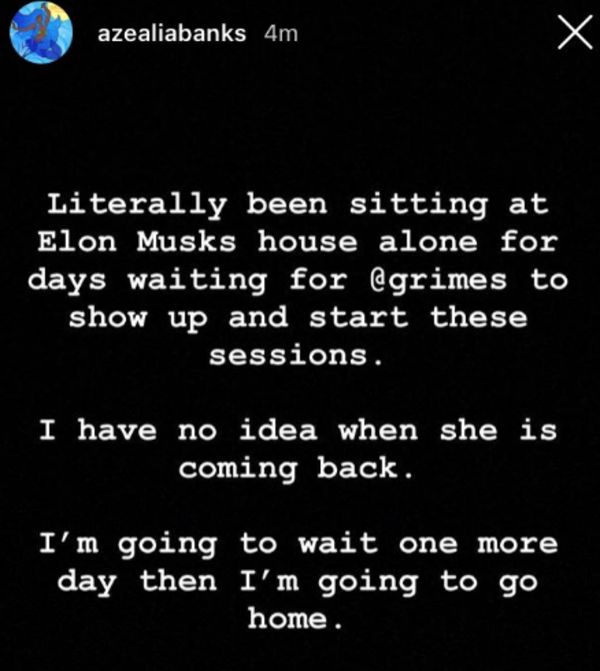 Azealia Banks exposing Elon Musk for tweeting while on Acid.. while she was waiting for Grimes at her home ... whewwww lord 😳 pic.twitter.com/i9BXWWrLAD

Of course, Banks likes making things up. But something doesn't have to be true for Twitter to enjoy it:

azealia banks eating all of elon musks food as she waits for grimes to return pic.twitter.com/tKCFwgQJoY

azealia banks sitting in elon musk’s house for the third day in a row while she waits for grimes pic.twitter.com/1GuE6XCKIP