Anonymous Says They Are Going To Expose Minneapolis Police Department

It's been some time since we have heard from the group Anonymous, but the killing of George Floyd has brought them back.

Anonymous, which has had its hand in helping Lupe Fiasco get out of his record deal with Atlantic Records, has also spoken out against injustices around the world.

A new video hit the internet yesterday, with a new message from the decentralized international hacktivist group, calling out the Minneapolis Police Department, as well as the Elites of the world.

According to Anonymous, they will be exposing the department and other crimes that they have committed.

We are from the internet.
We are #Anonymous.
We are everywhere.#GeorgeFloydProtests pic.twitter.com/NU3FXG7SCp 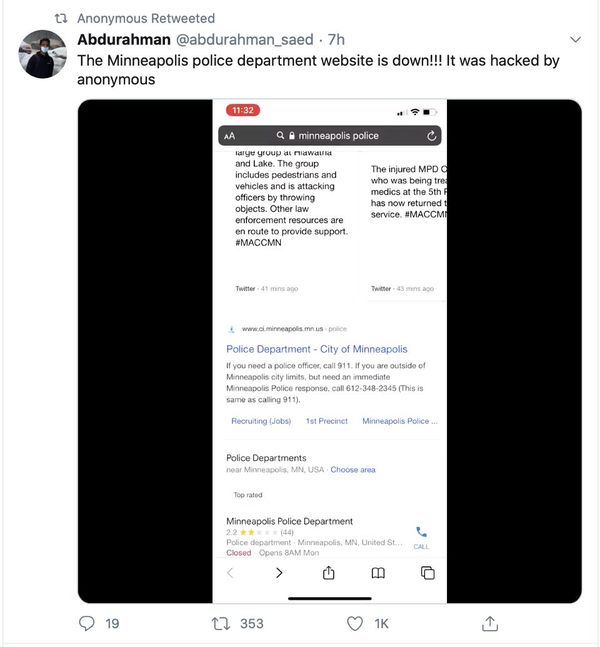