The blood member turned snitch has been trolling the streets since he was let off house arrest, and he even recruited Akon for his new album

While some are still fans of Tekashi, and encouraging his behavior, there are quite a few "fans" that wish he was not releasing music, dead or back in jail.

In a new video released, an angry "fan" is seen cutting and ripping down Tattle Tales posters, and calling Tekashi a "f*cking rat."

The skreets ain’t having it with these #6ix9ine posters being up. The streets are protesting 😳😳 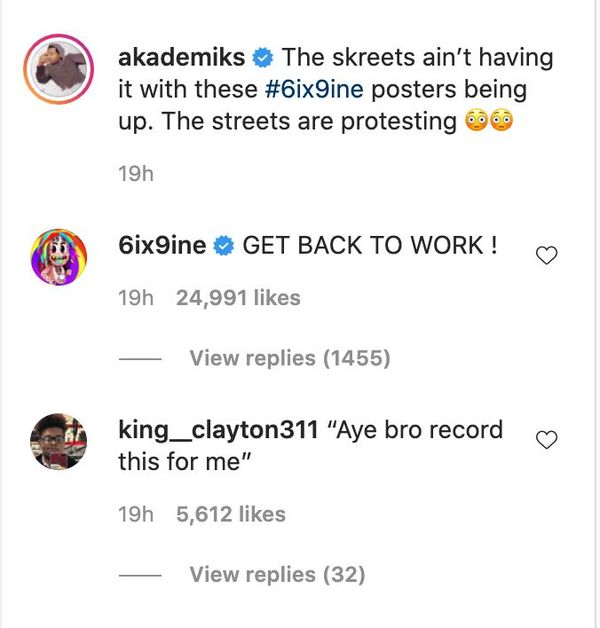 Bronny James, Son Of LeBron, Posts Video In Which He Smokes Weed 6 days ago / News News