Nicki Minaj's standout performance on Kanye West's My Dark Twisted Fantasy track "Monster" was a big part of why her debut album Pink Friday, which dropped a month later, was such a hit.

But she almost didn't make the cut on the JAY-Z, Rick Ross and Bon Iver featured track.

As Amber Rose told Peter Rosenberg, it was she who suggested Nicki be included.

"I believed in Nicki from the beginning. I was with Kanye at the time and I was like, 'Kanye, you gotta give her a shot like she's amazing,'" Amber said.

Kanye was skeptical but eventually agreed.

"He tried it out and he put it her on "Monster"and he was like 'Damn she killed that shit,'" Amber added.

According to Amber, Nicki paid her back by dropping her name in a sexually explicit bar on the hit.

Besides, 'Ye, they can't stand besides me
I think me, you, and Am should ménage Friday

Now, Amber does have a history of making things up, and had admitted at the beginning of the Rosenberg interview she was already drunk.

Are you buying Amber's story of being the reason Nicki was on "Monster"? You can check it out at about the 16-minute mark. 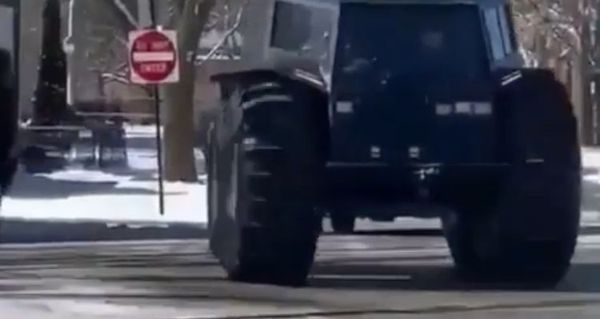