Amber Rose: I Was Drugged When I Said Travi$ Scott Ghostwrote For Kanye

Amber Rose is famous for dating rappers and showing skin. But she actually made some real news last month when, during a club appearance, she said Travi$ Scott ghostwrites her ex-Kanye West's songs.

Rose, who's now dating Machine Gun Kelly, addressed her provocative statement this week during an appearance on Big Boy’s Neighborhood.

According to Amber, she got all loose-lipped because somebody slipped her a mickey.

"I really feel like someone put something in my drink that night. I'm going to be honest, one; I don’t talk like that and two; I had two cocktails…and a couple sips of champagne and that's it. I literally blacked out and threw up all night and woke up in my bed naked with no clothes on," Amber said. "It was very weird. It was like a week later when [the video] came out and I was like, 'Whoa!' I didn’t know it happened until a week later. If you look at the video, I couldn’t even stand up. I’m just not going to go the clubs anymore."

If Amber was in fact whacked out of her mind, does that make it more or less likely that what she said about Scott and West is true? 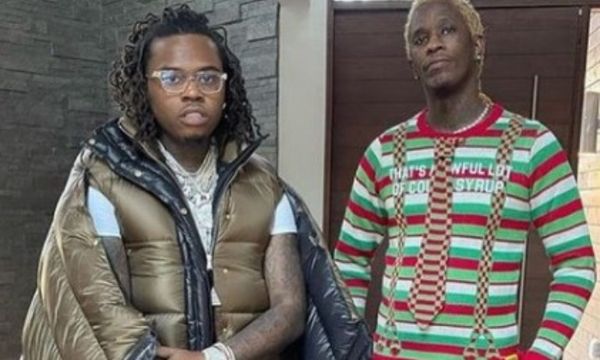