Ali of St. Lunatics Trashes Ludacris, Accuses Him of Dissing and Stealing from Nelly

The Verzuz battle between Nelly and Ludacris is going down tomorrow and it should be an interesting one.

Not only because both have a nice sized catalog of hits, but because there's a history of drama between them. At least according to Nelly's St. Lunatics homey Ali, who accused Luda of sending shots at Nelly and stealing from him. Ali made the accusation in a series of videos.

Ok, you knew I was eventually going to start telling the truth..... Ludacris has been throwing little shots for years ..... This was one of his little Diss moments ...He was TRYING to say “he stomps harder in his Air Force 1’s”.... 😂😂😂😂 .... I Personally have NEVER liked him and ALWAYS thought he was a pure 🤡!! (That’s just how I looked at him) ....

Now when I say he started trying to do everything we did .....I mean everything 😂😂😂😂!! #beenagoofysinceday1

Then it only got worse from that point..... I mean he started stealing everything we did..... even if we did something like put farm animals in our records .....then guess what he would do next??? ... yes you guessed correctly he would put farm animals in his record. I’m not lying, I’m not making this stuff up see for yourself !!

"Ludacris used to steal our sh*t so much, I used to be like n*gga would you stop?" said Ali in the last clip. "Then the sh*t got serious."

Were you aware there was tension between Luda and Nelly back in the day? 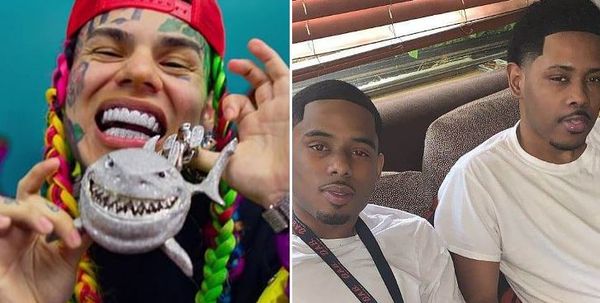