Wiz Khalifa and Juicy J record a lot, both solo and together. It looks like the two have decided to join forces again for an upcoming 14-track project. It's unclear if it'll be a mixtape or an album, but we do have a track listing for it.

The listing shows that TM88 is the sole producer, while One Direction's Liam Payne is the only guest feature.  Juicy J's IG post announcing the project was deleted, while TM88's screenshot of it remains up. Maybe the news was let out a little too early.

Check out the track listing below. 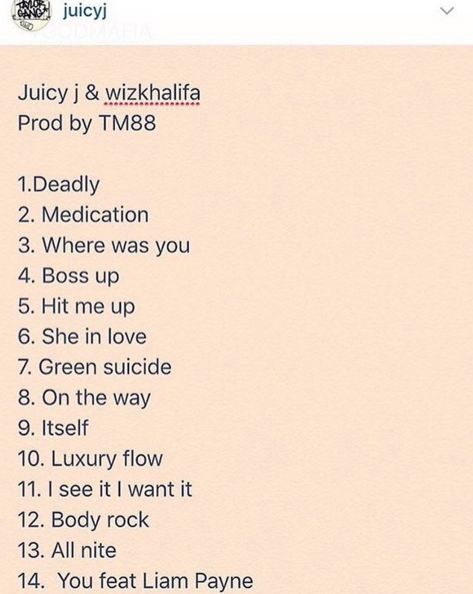