He was supposed to, but some fans wondered if the mask-wearing man who hit the stage and did Rocky's songs was really Rocky.

So @asvpxrocky just really trying to trick us rn acting like we don’t know he isn’t really on stage. Such a joke I’m so pissed off

Is this even ASAP Rocky at @thebukuproject ?

Why is asap rocky wearing a mask? Is that even him? I’m confusion

sleep paralysis but instead of a demon standing over you it's crash test dummy asap rocky pic.twitter.com/yIlbrvYXBO

a$ap rocky really sent out a stunt double for his performance at buku festival tonight... pic.twitter.com/6wKevgCxeF

Came on 30 mins late, didn’t sound like him at all, wore a ski mask and no lights on him the entire time 😴

On the other hand, he was spotted at the show, and there appears to be a video of him crowd surfing during Gunna's set.

This is a literal video of ASAP rocky at Buku lol wut? pic.twitter.com/B49c445llU

Verdict: A$AP Rocky. Or clone A$AP Rocky if you are into such things. 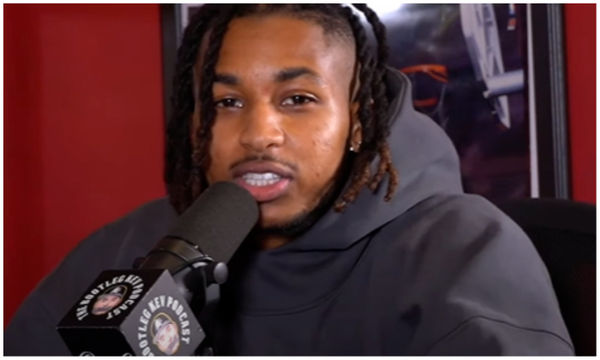