There’s definitely something going on within A$AP Mob and A$AP Ferg, who's one of the New York crew’s most prominent members.

Yesterday A$AP Illz said that Ferg was no longer a part of the collective, and now A$AP Bari has seemed to provide confirmation.

“Ferg aint ASAP NO MORE sorry guys," wrote Illz on Instagram Stories. "That n*gga burnt out, songs, dumb trash mr anthem can’t get right. Damn right I ain’t no yes man but you n*ggas don’t respect that sh*t. Y’all rather have a n*gga who’s not even half way on my level around just cause he a Yes man do whatever you want at the snap of your fingers, sh*t goofy.” 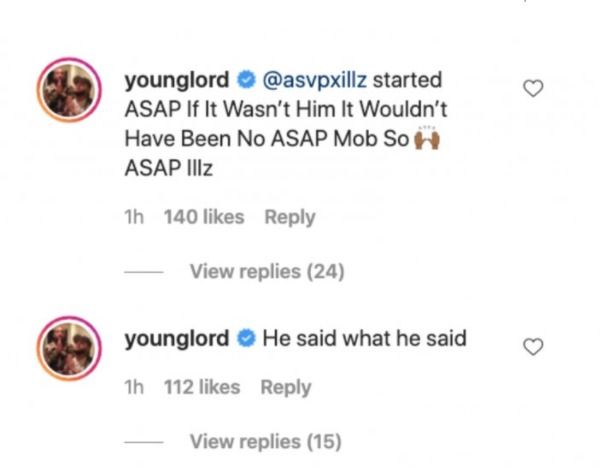 "He said what he said," wrote Bari, referring to Illz. "@asvpxillz started ASAP. If It Wasn’t Him It Wouldn’t Have Been No ASAP Mob. So 🙌🏿 Asap Illz."

What do you make of all this?

The Other Woman In The Car With Tory Lanez & Megan Thee Stallion, Kelsey Nicole, Speaks 6 days ago / News News