600Breezy Responds to Backlash Over His Lul Tim-King Von Comments

Now Breezy is defending those words, explaining they weren't meant to be a cosign of Tim, the person. 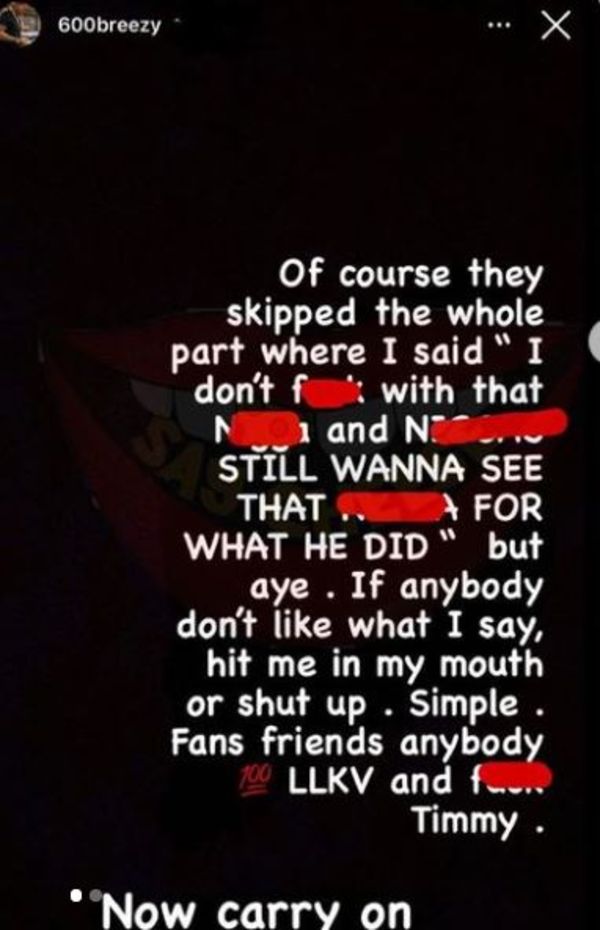 "Of course they skipped the whole part when I said I don't f*ck with n*gga and still wanna see that n*gga for what he did.  But aye.  If anybody don't like what I say hit me in my mouth or shut up.  Simple.  Fans friends anybody.  LLKV and f*ck Timmy.  Now Carry on," Breezy typed.