50 Cent Wants No Part Of A Reconciliation With Rick Ross

Rick Ross was a guest on The Nightly Show With Larry Wilmore earlier this week.

During the "Keep It 100" segment of the episode, Wlimore asked Ross if he would be willing to become "close" friends with 50 Cent if that would end racism.

"I’ma keep it 100," Ross said. "I’ma stop racism. If I gotta take him to Wing Stop and have him eat some lemon pepper wings to stop racism, that’s what I’m gonna do."

50, however, doesn't seem to share that point of view. Not long after Ross's Comedy Central declaration, Fif got on IG and mocked The Bawse with a photo of a Wing Stop and a caption which called the MMG CEO a "fat chicken" and threatened him with a beat down. 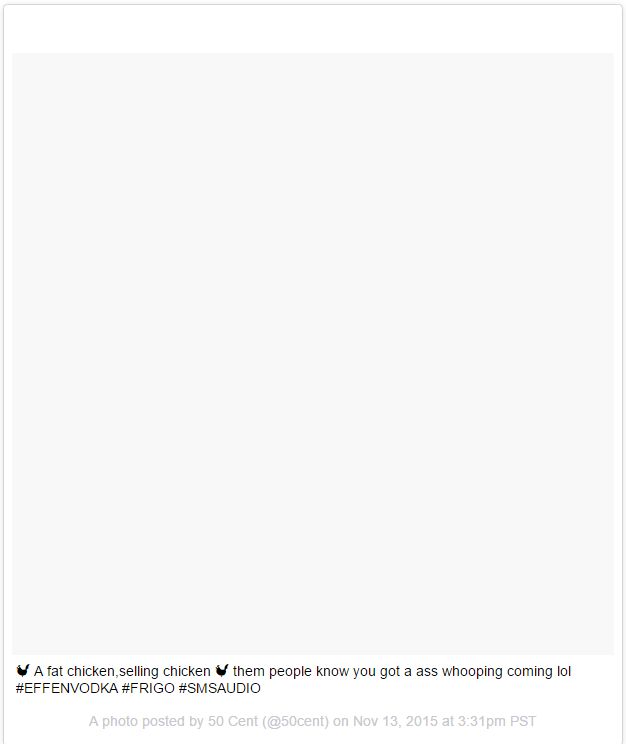