During Megan Thee Stallion's big CBS This Morning interview, she explained how Tory Lanez lost his mind and shot her in the feet.

Tory has denied shooting Meg and has suggested that he was involved in a love triangle with Meg and Meg's best friend, which resulted in the two ladies fighting and shots being fired

Meg denied she was in a relationship with Tory during her interview.

"I didn't have a sexual relationship with Tory," she told Gayle King. 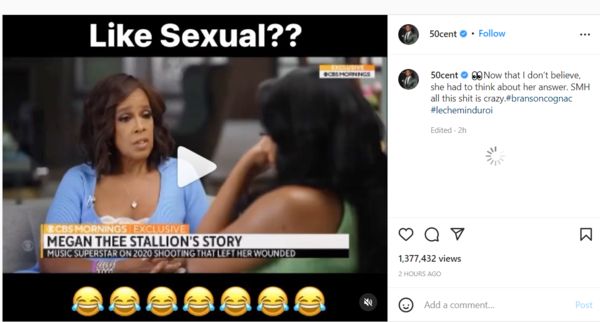 "Now that I don’t believe, she had to think about her answer. SMH all this sh*t is crazy," 50 captioned a clip of Meg denying she ever smashed Tory.