50 Cent has been holding his Instagram tongue lately. It took him a few days to comment on his "son" Tekashi 6ix9ine's rat turn.  When he did he gave a thoughtful answer, rather than mock the situation.

He also held off on all the 21 Savage jokes that flooded the Internet right after we learned that 21 was a Limey imposter.

At least we thought he did. In fact, 50 Cent Instagram promoted a meme that suggested 6ix9ine snitched on 21 -- and then quickly deleted it. 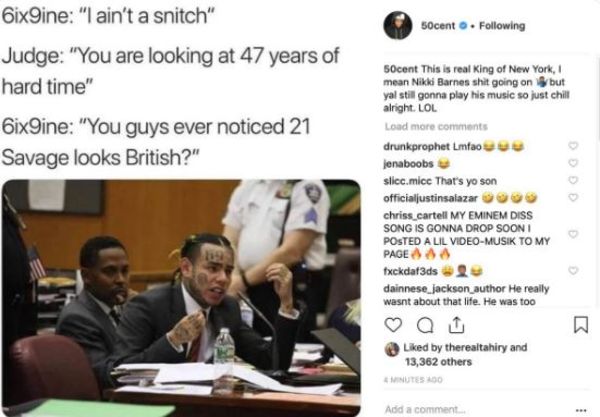 Why do you think 50 nixed that post so quickly? Anyway, this is the best 21 Savage-6ix9ine meme: