Fivio Foreign and 22Gz have been two of the hottest rappers out of NYC over the last several years.

Fivio's been a little hotter than 22Gz.

22Gz, who has a history of beef with Fivio's late buddy Pop Smoke, believes that's because Fivio is an industry plant. 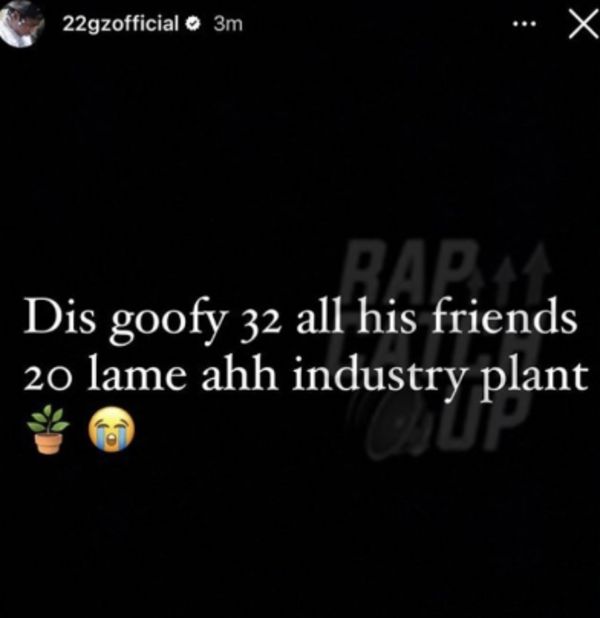 But 22Gz says that's because his label made him.

If Fivio is an industry asset, he's not a very well-renuminated one.

This week, he admitted he only got $5000 to sign with Ma$e a few years back and he's still on that deal.

Does the overaged Fivio come off as an industry plant to you?

His debut album didn't exactly set the world on fire.  So if he is the industry is losing.

The Game Trolls Eminem Through Hailie a day ago / Beef Beef