When we heard 22GZ was one of three local drill rappers removed from this weekend's Rolling Loud New York bill at the request of the NYPD we quipped that he would probably blame this on Fivio Foreign.

It turns out that's exactly what he did.

22GZ has called Fivio out as an industry plant in the past. 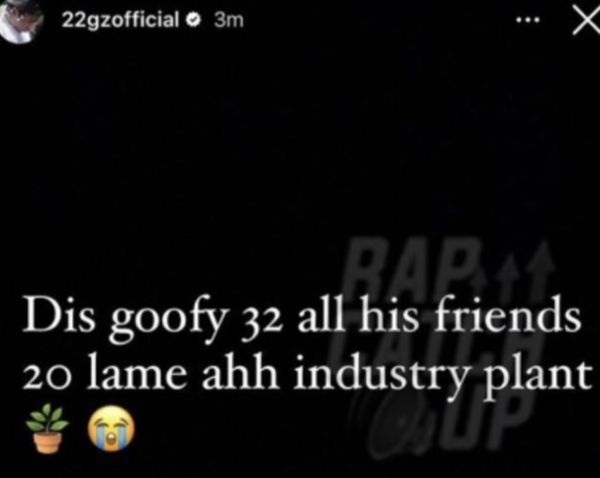 When Ma$e signed Fivio, he says Fivio was being managed by a cop.  Which is why 22GZ would be suspicious of Fivio in any situation that involves police.

Report: Future Is Not Happy With Drake Over 21 Savage Collab Album 6 days ago / Beef Beef

Young Scooter Gets At N.O.R.E. For Saying Future Is Mad At Drake 5 days ago / Beef